I grew up finding escape and adventure in books. How was it, I wondered, that Nancy Drew never had to worry about parents? She seemed to have complete freedom while I, daughter of a frightened and controlling mother, was bound about with rules and restrictions on my movements.

My fondest memory of High school was in Grade 10 when my English teacher, Miss Hately, read my composition out loud to the class as an example of a well-written story. Wow! I always got an A in English after that.

Brantford, where I was born and grew up, was a small industrial city in South Western Ontario. During the war, we had both an air-force training base and an army base near the city so there was always lots of activity. I rolled bandages and saved “Victory stamps”.

I enrolled at the University of Toronto in 1947 just at the time when the veterans were returning from WW II to take up their interrupted lives. University was wonderful for young women at that time. I studied Philosophy and History and flirted with the boys.

Two years after graduating, I married and began raising a family. My husband, Richard joined the diplomatic service in 1954 and we were posted to Athens in 1955. Our two daughters, Ruth and Alison, were joined by Catherine in 1958. After three years in Athens, we moved to Geneva where we lived for the next six years. Richard worked for the Canadian mission to the United Nations in Geneva and I studied painting, and subsequently French at the University of Geneva.

After a period at home, Richard and I were posted to Saigon, South Vietnam. The girls went to Branksome Hall in Toronto and joined us during the summer holidays. This was the subject of my first book, “The Devil’s Snare”, a memoir of my experiences in that war torn land.

Returning to Ottawa for a year, we took off in 1970 for London, England, a reward for surviving the “hard post” of Saigon. The girls went to Queen’s College, a private girl’s school in Harley Street, Richard was Commercial Counsellor at the Canadian High Commission, and I began a Master’s Program at Birkbeck College, University of London. But in my second year, I contracted Hepatitis B and had to withdraw. It took the better part of a year to recover. I decided to teach instead and took a position teaching History and English at a girl’s grammar school in Whitechapel.

Returning to Canada, I was hired by the federal Department of the Environment in a new unit called the Advanced Concepts Centre, designed to look ahead and come up with new ideas on how to protect the earth, manage resources, pollution and population growth. My marriage was disintegrating, partly due to the Feminist revolution, and partly due to our inability to make the transition from the “empty-nest syndrome”. We separated in February, 1975 and I began the long road to creating a new life for myself as a single person.

I worked for the federal government until 1986, when the new Conservative government took office and the federal public service was reduced. Many positions were cut, including mine. By this time, I had become a Director of Transportation for the Handicapped at Transport Canada where I spent several productive years.

The terms of my severance included moving to Toronto to work with a consulting firm on transportation issues for people with disabilities. I was happy to return to Toronto, and began intensive Psychotherapy with a skilful practitioner. In due course, I also began training at the Wychwood Park Psychotherapy Institute, as well as completing an M. Ed. At the Ontario Institute for Studies in Education. I practiced Psychotherapy from 1991 to the present.

Throughout my life, I had always been engaged in writing and now, as I grew older and seemed to have more time, I began taking writing courses, first at the U. of T. and then at Ryerson. I also joined a writing group that continues to meet monthly where we critique each other’s work. As a result of hard work, and some luck, I was fortunate to find a publisher for my book. Ann Decter, owner of McGilligan Books, thought she saw something in my work and agreed to publish my book. She also worked hard on the editing which greatly improved my work.

I am now working on a biography/autobiography of my life with my sister Carol who died of cancer in 1991. 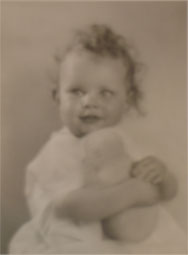 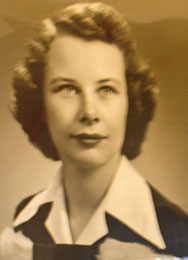